David Walliams vows to go on book tour after split

David Walliams has ignored reports his near five-year marriage to Lara Stone has ended, choosing to confirm his tour to promote World Book Day is still going ahead on Thursday (05.03.15). 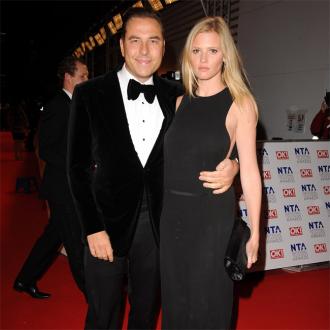 David Walliams is dealing with reports his marriage to Lara Stone is over by going on a tour of schools to promote World Book Day.

The Sun newspaper exclusively reported the couple's union had ended with the pair agreeing to a trial separation after nearly five years of marriage.

The comedian - who has written seven children's books, with the most recent being 'Awful Auntie' - tweeted: ''The #WalliamsWhirlwind helicopter tour of schools for @WorldBookDayUK tomorrow will go ahead as planned so not to disappoint my young fans. (sic)''

David, 43, also shared details of the upcoming Comic Relief show he is involved in with his 1.44 million followers.

The 'Britain's Got Talent' judge and Lara, 31, married in May 2010 after approximately a year of dating and they have 21-month-old son Alfred together.

They decided to try a trial separation after experiencing marital problems for several months and the Dutch model has moved out of their North London home with their son and dog Bert.

Although, David is currently devastated by the split, the 'Little Britain' star is hopeful they can repair their relationship.

A source told The Sun newspaper: ''People close to him know he's devastated ... David hopes it is a blip and that they can get the marriage back on track somehow, especially seeing as there is a child involved. He is still fiercely protective of Lara.''