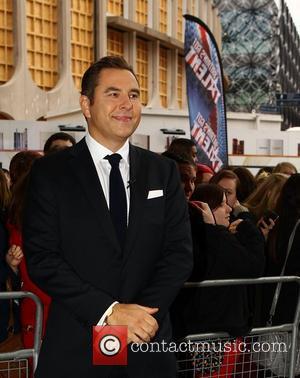 Picture: David Walliams arriving at the auditions for 'Britain's Got Talent' at the ICC Birmingham, England - 17.02.12

David Walliams has revealed that he's shockingly attempted to kill himself twice in his life, the much-loved British comic giving away the revelations in a new autobiography. Walliams is now firmly ensconced in the British public's conscious having made a huge success of himself with Matt Lucas and going on to appear on numerous comedy panel shows and reality contests like Britain's Got Talent.

However, the Daily Mail is reporting that Walliams has had a dark history, with his forthcoming book, titled Camp David, going into detail about two attempts at suicide. The first apparently took place when the comic was just 19 years old, when he ran off into the woods with a makeshift noose only to find that he was "too tall" to go through with it. The second, he wrote, occurred in 2003 when he split from a girlfriend. "Just tried to hang myself" the book reads. "But I knew I didn't really want to die, I just didn't want to live. I took my weight with my feet and sat down."

In further violent imagery, Walliams also claimed that he also slit his wrists and even thought about throwing himself in front of a train. Walliams has made it public before that he suffers from depression, and in the book he admitted "The determination wasn't there..." when it came to taking his own life, but also said "Wanting to die has always been in me."