The English filmmaker, who directed the last four Harry Potter' movies, is reportedly in negotiations to join the project.

It appears Warner Bros. has found the right man to direct the upcoming 'Fantastic Beasts and Where to Find Them' spin-off movie, which is slated for release on November 18th 2016, and he is a very familiar face. English filmmaker David Yates, who directed the final four 'Harry Potter' films, is currently in negotiations with the studio to take the helm of another J.K. Rowling wizard story based on the Potter franchise, Variety reports.

Last September (2013), it was confirmed the wizarding world would be returning to the big-screen as Warner Bros. extended their working relationship with the British author when they came to a new agreement to create a film franchise based on her 2001 book, 'Fantastic Beasts and Where to Find Them,' which was originally billed as one of Harry Potter's Hogwarts textbooks.

Rowling is writing the screenplay for the forthcoming film, creating a new story from the mind-set of the man behind the textbook, who is called Newt Scamander and his adventures will be the focus of the first film in the upcoming series.

Rowling previously said that 'Fantastic Beasts' "is neither a prequel nor a sequel to the Harry Potter series, but an extension of the wizarding world." Adding, "The laws and customs of the hidden magical society will be familiar to anyone who has read the Harry Potter books or seen the films, but Newt's story will start in New York, seventy years before Harry's gets underway". J.K. Rowling is currently writing the screenplay for the upcoming movie

Warners will be looking to recapture the cinematic magic the 'Harry Potter' film franchise created from 2001 until 2011, which became the highest grossing franchise in history, earning a total of $7,7 billion worldwide. 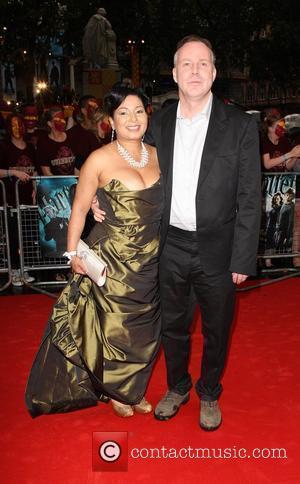