Dax Shepard and Kristen Bell married in the "the world's worst wedding." 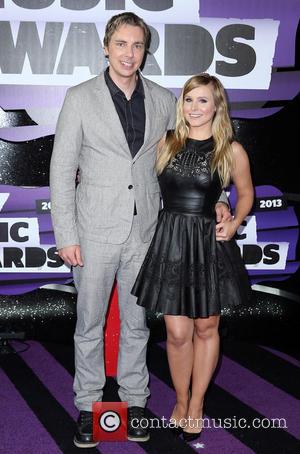 Dax Shepard and Kristen Bell probably have a couple of million dollars in the bank, but their wedding day was anything but the glitzy Hollywood affair on October 17.

No, Shepard and Bell - who prolonged their engagement three years until the Supreme court struck down the Defense of Marriage Act - finally married at the Beverly Hills County Clerk's Office in a ceremony that cost just $142.

"It was just Kristen and I at this lonely courthouse so they brought us this cake afterwards," Shaprd explained on Jimmy Kimmel Live this week. The actor said that scrawled across the cake was the message, The World's Worst Wedding though the newlyweds weren't offended. "How many people can say they threw 'The World's Worst Wedding?'" he joked.

The Parenthood actor attended Jimmy Kimmel's glitzier wedding on July 13 and joked about the dramatic difference in ceremonies, "There were helicopters overhead," said Shepard, "It felt like an episode of M*A*S*H.Not that I was counting your money, but I was counting your money at this thing. It was flying out the windows. They were setting it on fire at this place!"

Shepard has a cameo in his wife's forthcoming Veronica Mars movie, financed entirely by a successful Crowdfunding campaign. An adaptation of the cult television series, the movie also stars James Franco and Krysten Ritter. It is slated for release in 2014.