Over the course of their career, Deaf Havana have occupied a space in mid-2000s rock that seeks out today's borders.  At the same time, they also reinforce a mainstream focus.  This is generally not to their discredit; it rather marks them as a voice of the times.

As the 80s glam rock gave way to 90s grunge and alternative rock, so has Deaf Havana's newest release, All These Countless Nights, turned in a new direction.  This direction is even more honest and clear in message than previous work.

The album features greater space, spaciousness, and orchestration (both in acoustic and electronic elements).  In truth, it is actually an enrichment of direction-not a change in one. Most songs still feature punk-like rock that follows a common formal pattern. But, they introduce distortedly compressed voice, a dance-like feel, and offbeat bass.  This alludes to the common stream of more electronic, dance-like, reverb-heavy music that dominates the alternative airways. 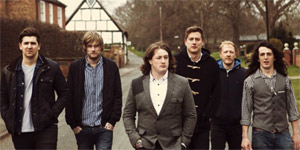 Alt rockers Deaf Havana formed in 2005 whilst attending the college of West Anglia. The band performed original, aggressive, post-hardcore material featured on their debut EP 'White Lines No Camera' released in August. Since then, the band have developed musically performing original, alternative rock and pop punk songs, establishing themselves as a predominate band in the British rock scene.

Front man James, rhythm guitarist Matthew and drummer Tom talk to us about the band's latest album, the pressures of touring and performing with Bruce Springsteen!

CM: Your new album 'Old Souls' is due for release on 16th September, can you tell us a bit about it?
Matthew: We recorded it earlier this year, it's the first thing we've done with producer Youth and Lee [Batiuk]. We really happy with how it's gone.

It has been a few years now since Deaf Havana made their debut with a rip roaring, scuzzed-up hardcore punk sound taking cues from bands like Gallows and Refused. Their second album saw a line-up change and a notable step towards a more melodic sound. Old Souls sees Deaf Havana taking yet another possibly divisive step towards the mainstream, but in places it feels like a band fighting with its own identity. 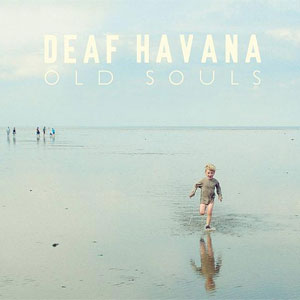 The album kicks off with 'Boston Square', a huge rock number with reference points such as Foo Fighters or even Bruce Springsteen in places. There is a huge, hook filled chorus and an incredibly strong vocal delivery as the band strive to carve out a niche as Britain's answer to Kings of Leon.

After this thrilling opening salvo, however, things become a little more restrained with the piano accompanied 'Lights', which is perhaps the most polished thing they have released to date. Next up is the fantastically titled 'Everybody's Dancing and I Want to Die' which adds a horn section into the mix, coming across like an astonishingly polished version of The Gaslight Anthem.

By Andy Peterson in Music Reviews on 12 January 2012

Look I never told anyone before but you guys seem quite nice, so I feel comfortable enough to let this thing go. I've got a fear of heights. Acrophobia to you. When I went up the Empire State building and everyone else was loving it on the observation deck? Petrified. Scott Monument in Edinburgh? Had to stop half way up. Blackpool tower? Give me a break. Brother. 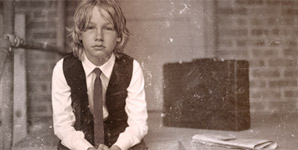