R&b Star Deborah Cox Is Set To Step Into Whitney Houston's Role In The Bodyguard For A North American Theatre Tour. 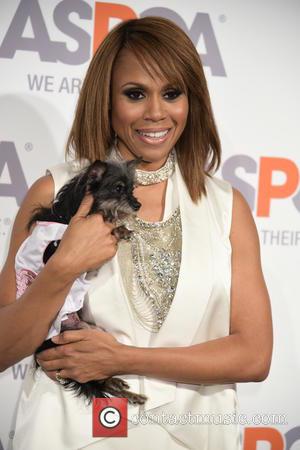 Picture: Deborah Cox - American Society for the Prevention of Cruelty to Animals (ASPCA) hosts the 18th annual Bergh Ball at The Plaza Hotel at Plaza...

The Nobody's Supposed to Be Here star reworked Houston's hits for the soundtrack of TV biopic, I Will Always Love You: The Whitney Houston Story, which featured Yaya DaCosta as the tragic singer/actress, and now Cox is preparing to tackle some of the late diva's biggest hits live onstage in the musical version of The Bodyguard next year (16).

The theatre adaptation of the popular 1992 movie became a hit in 2012 when it opened in London's West End, with Heather Headley in the lead role, belting out tracks like Saving All My Love, I Will Always Love You and I Wanna Dance With Somebody. British singers Beverley Knight and Alexandra Burke later took over the role made famous by Houston in the film.

Cox is no stranger to the theatre stage - she made her Broadway debut in a 2004 production of Aida and went on to star in a poorly-received 2013 revival of Jekyll & Hyde.