Blondie star Deborah Harry has shared her memories of 9/11 in a new tribute piece for RollingStone.com.
The Call Me singer, who has become synonymous with the New York music scene, recalls spending a magical day in her favourite city on the Monday before terrorists flew two hijacked planes into the World Trade Center and she has a special memory of the last time she saw the Twin Towers.
She says, "I clearly remember driving into New York the day before 9/11. It was a beautiful Monday morning and as I was approaching the city I came up this little rise and the city was laid out in this panoramic view. I was looking at the whole thing and I saw the World Trade Center. I said, 'Oh my God, I should take a picture before it disappears.' It gives me goosebumps when I think about that moment now.
"There was a huge party that night. It was a big fashion show that Marc Jacobs threw on one of the piers. He covered the whole thing in grass and it was just like an old time New York party. Everyone was feeling so good, and the next morning the s**t hit the fan.
"I was watching everything happen before I even turned on the news. At the time, I had an apartment on the 17th floor and I could see the whole southern tip of Manhattan. It was like watching a big TV screen. I saw the whole thing happen right in front of me.
"I had so many friends that lived blocks from there. I was completely freaked. Little by little, they shut everything down. So we just got on our bikes and rode around. We were looking for friends, and we just wanted to see what was going on. The streets were full of people, yet they were deserted. It was a very strange feeling."
Harry admits she wasn't as shocked by the attacks as many of her friends were - because she had witnessed similar atrocities around the world.
She explains, "It was very shocking for a lot of people, but I had travelled the world so much and been through Ira bombing in the U.K. and bombings in Germany. It was very shocking to people, but I'd already been there." 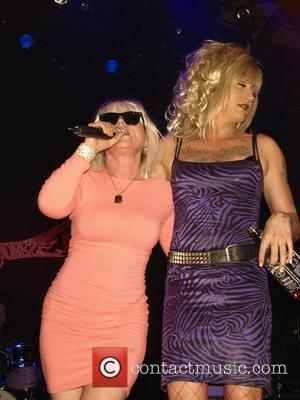