Heather Mason is now a teenager and has grown up running away from dark forces that are constantly following in her wake. She has just started at her fifth school since the age of eleven and darkness is about to descend upon her once more with a series of terrifying nightmares being just the beginning. She keeps finding herself drifting in and out of horrific alternate realities and being hunted by grotesque demons then, just before her 18th birthday, Heather suspects she is being followed. Soon after, her foster father, Harry, disappears from their home and left behind is a dripping message written on the wall reading 'Come to Silent Hill'. She journeys to the dark place, being stalked by demons as she goes and begins to discover that she is not everything she thought she was.

Fury [aka The Samaritan] Review

By Rich Cline
Very Good
Set in Toronto, this noir thriller gets under the skin due to layered performances from the entire cast. It's a slow build until the final act, but it remains gripping thanks to a snaky plot that gets nastier and scarier as it develops.

After 25 years in prison, con-artist Foley (Jackson) decides to change his life. All his old friends are gone, and his best pal's son Ethan (Kirby) now works for vicious businessman Xavier (Wilkinson). But Ethan brings back the issues Foley is trying to put behind him. Worse, Ethan needs Foley's help for a "samaritan" grift, which involves coming to the aid of the mark to win his trust. Then Foley meets vulnerable young call-girl Iris (Negga), who manages to get under his skin. 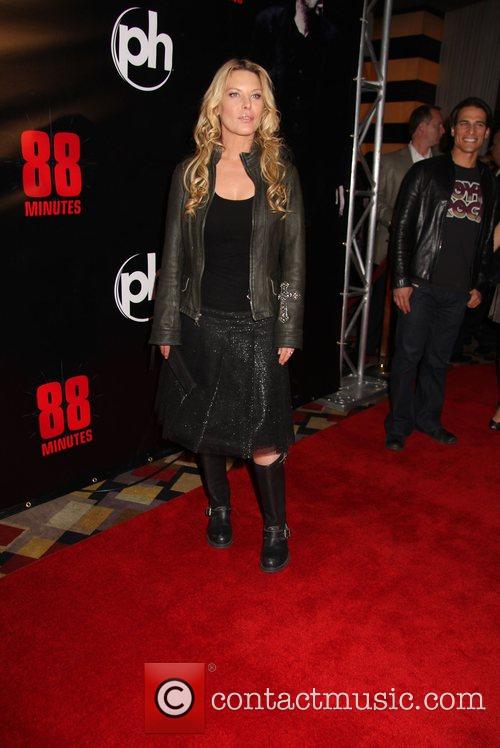 By Keith Breese
Very Good
I have not played the video game upon which this film is based, and I assume that that's not a prerequisite. If the game is anywhere as creepy and odd as this movie, perhaps I should. The plot concerns a typical family with atypical problems, their young daughter Sharon (played by the J-horror-haired Jodelle Ferland) is a sleepwalker and it seems as though her somnambulistic journeys take her further and further from the safety of home (in the opening minutes of the movie we see her standing atop a particularly dangerous cliff face). Her parents Rose (Radha Mitchell) and the dour Christopher (Sean Bean) are at odds over what to do. Christopher opts for medication, while Rose decides to follow Sharon's lead. When she's dreaming, Sharon mentions a town called Silent Hill. Rose decides she'd better bring Sharon to the town and find out just what all the fuss is about. Turns out, Silent Hill is off limits - the place is a ghost town after a disastrous fire. And the fire still burns under its decaying crust.

By David Levine
Terrible
White Noise is predicated on an intriguing process called Electronic Voice Phenomenon (EVP) where the dead contact the living through televisions, telephones, and radios. Some may think it's ridiculous, but EVP has long been a fascination for ghost researchers. It's also been the basis for some of the creepiest and most disturbing horror movies ever made, like The Ring and Poltergeist. But with White Noise, we receive mixed signals and a new broadcast that becomes a boring waiting game for the thrills to begin.

By Jules Brenner
OK
In a year-end blitz of small films about dysfunctional, broken families (e.g., Around the Bend) comes this variation on the theme set in a tacky section of New Orleans. While a confident cast ultimately makes something of the drama, a certain awkwardness in the storytelling sets up discordant side tracks as it attempts to live up to its title.

Purslane "Pursy" Hominy Will (Scarlett Johansson) has lived most of her 18-year life without the mother from whom she's estranged but whose memory she cherishes. As a teenage independent she's become hardened and jaded beyond her years. When her live-in boyfriend tells her that he received word of Lorraine's death several days after the fact, she rages at the dumbshit for neglecting to let her know right away. She storms out of the house with all her possessions and buses her way from Florida back to the town she grew up in and to her childhood home, a day too late to make the funeral.

It's a rare movie that holds back information, allowing the audience to get inside it and ask questions about its strange universe, like Nicolas Winding Refn's "Fear X."

The film stars John Turturro as Harry Caine, a mall security guard who becomes obsessed with finding his wife's murderer, which was captured, muddy and distant, on the mall's video security system.

Like another angle on Michelangelo Antonioni's "Blow-Up," the plot follows Harry as he studies the tapes and digital pictures, looking for connections and clues. He becomes obsessed with a house across the street from his own, breaks in and finds a strip of film -- a vague clue that leads him to Montana. Once there, his crosses paths with a cop (James Remar) and his wife (Deborah Kara Unger).

A textbook example of a pretentious art film, "Signs and Wonders" bursts with superfluous symbolism, overcranked tension, deliberately vague performances and proud-to-be-low-budget stylistic idiosyncrasies. But for all its pretense, it has a lot of the same problems that make for bad mainstream movies.

The biggest of those problems is the use of hackneyed plot devices -- like an eavesdropping character misconstruing part of a conversation -- to drive significant portions of the story.

"Signs" is about Alec, a manic-depressive middle-aged American stock analyst (curiously played by Danish Stellan Skarsgard) who habitually sabotages his marriage. He lives comfortably in Athens, Greece, with Marjorie, his U.S. embassy worker wife (curiously played by English Charlotte Rampling) and two kids. But their marriage has become systematic and he's having an affair with a co-worker named Katherine (Deborah Kara Unger, a bona fide American).

"A Love Song for Bobby Long" is set in New Orleans among a community of alcoholics, has-beens and screw-ups, where one can get away with shambling down to the neighborhood dive bar while wearing a dingy, once-white suit and no shoes. Scarlett Johansson co-stars as Pursy Will, a trailer park dweller who inherits the same house from her long lost mother. Pursy moves in and each side begins trying to intimidate the other into moving out. But of course, the three misfits become fast friends.

Fury [aka The Samaritan] Movie Review

Set in Toronto, this noir thriller gets under the skin due to layered performances from...

White Noise is predicated on an intriguing process called Electronic Voice Phenomenon (EVP) where the...

It's a rare movie that holds back information, allowing the audience to get inside it...

A textbook example of a pretentious art film, "Signs and Wonders" bursts with superfluous symbolism,...

"A Love Song for Bobby Long" is set in New Orleans among a community of...