Debra Lee - A variety of stars were photographed as they took to the red carpet at the 2015 Black Entertainment Television (BET) Honors which were held at the Warner Theatre in Washington, D.C., United States - Saturday 24th January 2015 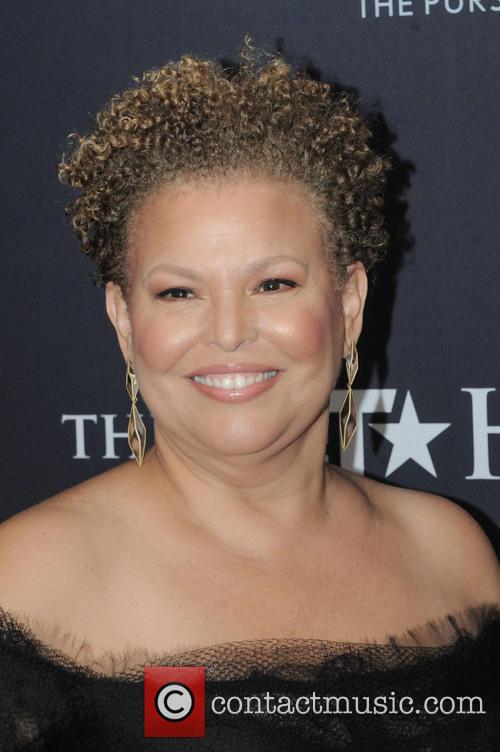 By Holly Williams in Lifestyle / Showbiz on 20 October 2014

Nick Cannon has his 'Mariah' tattoo covered, as unpleasant rumours continue to circle.

Hollywood's latest high-profile split is causing a flurry of uncomfortable rumours to fly around, as Mariah Carey and Nick Cannon separate after months of living apart and Cannon is quick to cover his Mariah themed tattoo. Nick Cannon covers Mariah tat, but wants to be the 'best person [he] can be'

We couldn't help but reel from the burn of the 'American Idol' host getting his tattoo covered so quickly. What was once a shoulder-spanning tribute to his wife is now becoming a large crucifix, which definitely suggests things are final between the pair. Cannon tried to keep things light when ET Online questioned him about it, insisting, 'When it's done, I'll show up to your house naked and I'm going to let you see all the work. I'm not even half way done with it.' He did admit, however, that the public spectacle that is his love life has been difficult to deal with. 'You want to say certain things or lash out', he said. 'Sometimes public opinion wants to paint you a certain way.'

Continue reading: Nick Cannon Covers 'Mariah' Tattoo And Opens Up About Coping With The Split

'Homeland' star Claire Danes looked glamorous in fuchsia as she was photographed on the red carpet at Variety magazine's Power Of Women Luncheon in New York. The actress was being honoured at the event for her work with Afghan women. She worked alongside make-up artist Matin Maulawizada for his charity Afghan Hands which aims to help impoverished women in their creativity.