British Tv Presenter Declan Donnelly Has Married His Agent In A Ceremony Officiated By His Older Brother. 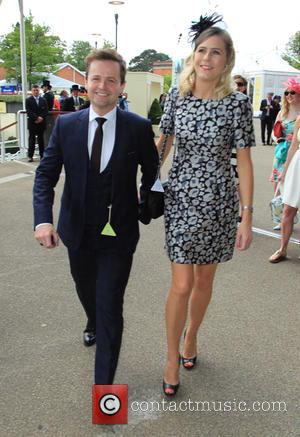 Donnelly and Ali Astall wed at St Michael's Church in his native Newcastle, England on Saturday (01Aug15), and his brother, Father Dermott Donnelly, led the nuptials.

The bride, who has been Donnelly's agent for 10 years, wore a custom-made ivory gown by Phillipa Lepley.

The groom's best man was his longtime presenting sidekick Ant MCPartlin, who told the Sunday Mirror after the wedding, "She (Ali) looked amazing. It was very emotional, I was really emotional. He finally got married!"

Donnelly waved to the crowds gathered outside the church before the ceremony, and cheekily tweeted on Saturday, "Morning! I know I've got somewhere to be today but I can't for the life of me remember where...".

Simon Cowell, who employs Donnelly and MCPartlin as presenters on his show Britain's Got Talent, was due to attend but reportedly had other commitments.

Donnelly and MCPartlin, known as 'Ant & Dec', have fronted hit U.K. shows including I'm a Celebrity... Get Me Out of Here! and Pop Idol.