By Michael West in Lifestyle / Showbiz on 31 January 2013

Deion Sanders' daughter Deiondra has joined the Bikini Basketball League, which features several former professional basketball players and various overseas players taking to the court in shorts and sports bras (not just bikinis). The daughter of the Hall of Fame football player has agreed to play in this year's league, though her father isn't too happy about it, despite being a pretty exuberant athlete in his day.

"My dad was kind of upset, but that's like any parent who just sees bikini league," Deiondra told Jeff Sammut of 590 The Fan in Toronto. "He thought I was gonna be out there in a bikini. He [saw] a picture of our uniform and stuff like that, so I think once he saw that we're actually covered up a little bit, he wasn't as concerned." Deiondra says that she hopes playing in the league will put her in prime-time position for her career and being a "positive voice." She will play for the Atlanta Peaches. Of course the Bikini Basketball League is in direct competition with the Lingerie Football League, which features women playing football in lingerie. "I just think that it's a lot different because we actually do have players, real basketball players, that actually have played in the WNBA before," Sanders said of the rival league. "So I think that this will make a difference because people are really gonna see real-life hoopers. They just look good while doing it."

It's not the first time that Deiondra has been in the headlines. She went on a well-publicized Twitter rant against her stepmother in 2011 and suffered a very public breakup from Quincy Miller in 2012. 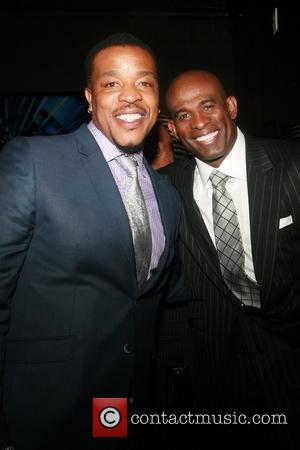 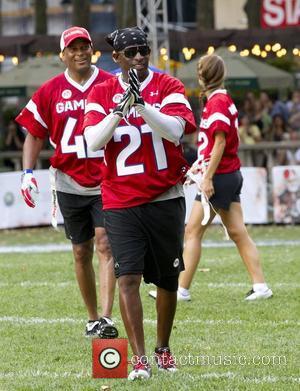