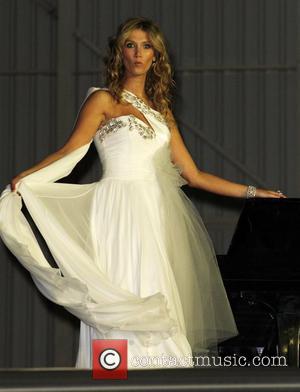 Musical couple Delta Goodrem and Brian McFadden have split after seven years together.
The former Westlife star began dating the Australian singer after his separation from wife Kerry Katona in 2004, and they became engaged in 2007.
But the couple has now parted ways, with a statement from the pair reading, "Delta Goodrem and Brian MCFadden regretfully announce that they are no longer engaged, and after much consideration, have mutually decided to end their relationship.
"This decision has been made with a lot of soul searching from both parties with the realisation that they have grown apart. They leave the partnership with respect for one and other (sic), wishing each other success and happiness for the future.
"Delta and Brian appreciate there will be interest regarding this announcement but request that their time together is respected and they are given privacy during this time of transition."
In a post on his Twitter.com page, MCFadden writes, "I love Delta and always will. She is one of God's living angels. I thank her for giving me the best years of my life. Please give us time."