Singer Delta Goodrem Walked Off The Set Of The Voice Australia After She Had A Furious Bust-up With British Pop Star Jessie J. 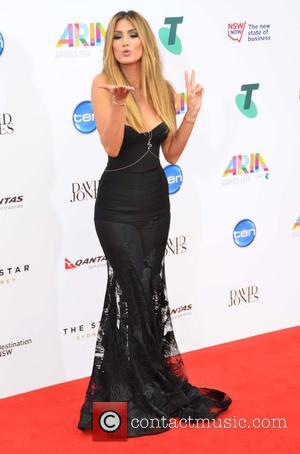 Picture: Delta goodrem - Photographs of a variety of stars as they arrived at the 28th Annual ARIA Awards 2014 at the Star hotel in Sydney,...

The Born to Try hitmaker was incensed when the Price Tag singer criticised a performance of Marilyn Monroe's Diamonds Are a Girl's Best Friend by contestant Tamara Callaghan.

When Jessie J told Callaghan how she should have performed the song, Goodrem yanked out her microphone and earpiece, saying, "'I'm over this s**t... I give up!"

The British singer then apologised to the contestant, saying, "It's so awkward and I apologise for the awkward tension," which led to Goodrem storming off the stage.

When quizzed about her departure backstage, she said, "I can't watch artists on stage be embarrassed."

A spokesperson for Australia's Channel Nine network, which airs the show, says, "What happened during the recording was real in the moment, but they actually get on really well. It's an intense competition. The blind auditions are recorded in the space of four days and it's fairly full on."