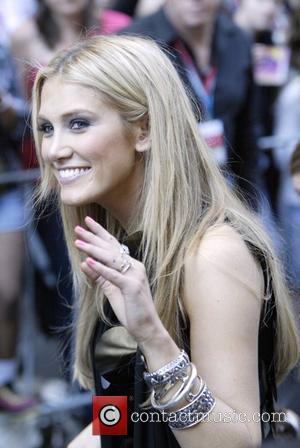 LATEST: Australian singer/actress Delta Goodrem is engaged to former Westlife star Brian McFadden. The couple confirmed their engagement on Friday (30Nov07), despite reports Goodrem had turned down the proposal, insisting she was "too young" to settle down. Goodrem's management issued a statement, saying, "The couple were hoping to keep the news private however they feel it is important to now confirm their exciting news." Goodrem began dating MCFadden in 2004, before relocating from Australia to the U.K to live with the Irish star. It is the second marriage for MCFadden - he has two young daughters from his first marriage to British reality TV star Kerry Katona. The couple split in 2004 after almost three years of marriage, with their divorce finalised in December 2006. No date has been set for the wedding.