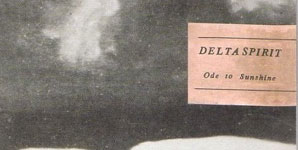 Delta Spirit - From Now On Video