Demi Lovato says she is an extremely obsessive person and super competitive. 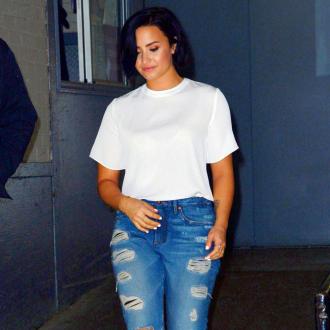 The 23-year-old singer, who sought treatment in rehab for an eating disorder, self-harming, alcohol and drug abuse a few years ago, loves working out, but claims she used to worry about becoming addicted to it.

She said: ''I used it as an excuse not to work out. Like, 'I don't want to get too obsessed with it.' Everyone around me was like, 'Demi, you're lazy - you're not going to get obsessed.' But I monitor myself.

''I have always been an extreme person with everything I do. My workouts can't be easy or else I don't feel like I'm doing anything. If I'm cycling, I'm cycling hard. If I'm hiking, I'm not doing Runyon Canyon. That hike is cute. But if you go to Runyon and come back out with your face full of make-up still, then that wasn't a workout.''

The 'Cool for the Summer' hitmaker credits her long-term boyfriend Wilmer Valderrama for helping her stay on track of her health and considers him her soul mate.

She told the September issue of Cosmopolitan magazine: ''It's really crazy. I hate sounding cheesy but the term soul mate? You don't find that ever. Having somebody who can point out things before I even see them is really good.