The 21 year-old singer tells readers of Seventeen, "every day is a new opportunity to change your life and be who you want to be," as she opens up about life after rehab. 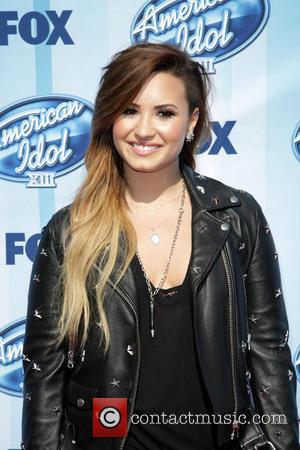 The Demi Lovato of 2014 is very different from the same person several years ago.

The American singer checked into rehab in October 2010 to receive treatment for her addiction to the class A drug cocaine and alcohol, as well as suffering from an eating disorder.

But four years later, Lovato is living proof that life can get better, and she recently opened up about her progression in Seventeen’s August 2014 issue.

"Since I went to treatment, there have been days when it's felt really easy, and I've felt great about where I am. But then I have moments when it's not. That's life," she revealed.

Adding, "You can't just take your mind and your body into the shop and get it fixed. It doesn't come out repaired. It's not like a car. It takes time—pace yourself. Every day is a new opportunity to change your life and be who you want to be."

"I used to think that confidence came from what other people thought about me, and boys and everything else," Lovato continued. "But now I realize that confidence comes from what I feel about myself, and reassuring myself that I can do whatever I want and be whoever I want."

One big change that enormously helped ‘Heart Attack’ singer was to ditch any friends that could hold her back.

"I like to have friends in my life who believe they're going places and are working toward their dreams," she explained. "When you're growing and the people around you aren't, that's when you have to start shedding them. I've done that a lot over the past few years, but it has been so worth it, because the people in my life today inspire me to keep being creative, to have fun, and to be a good person."

Keeping positive is very important to Lovato also, she even advises people to put money into a jar every time they say something insecure or bad about themselves.

"I tell myself five things that I'm grateful for, for every negative thing that I think," she confessed. "You know how people have swear jars, where if you swear you have to put a dollar in the jar? You could do that with feeling insecure—every time a friend says something bad about [himself/herself], they have to put a dollar in a jar. [And then] you can donate it to charity."

Lovato feels "great about where I am," four years after entering rehab