Demi Lovato Denies Engagement Wilmer Valderrama, Who Is The "Funniest, Most Inspiring, Incredible Man" She Knows

Even though Demi Lovato thinks Wilmer Valderra is "inspiring" and "incredible," her reps confirms she is not engaged to him. 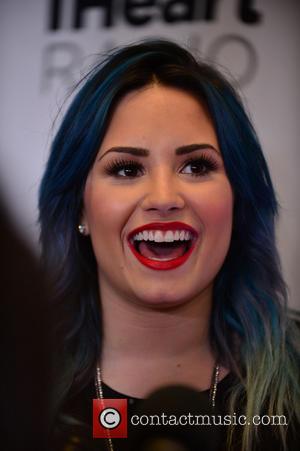 Demi Lovato has put an end to reports that she and Wilmer Valderrama are preparing to tie the knot.

The on-again off-again couple have been speculated of being engaged to one another after the 21 year-old former X-Factor judge posted a photo on twitter which seemed to show-off a diamond ring.

The twitpic was just your normal everyday selfie, showing-off the outfit of choice for the day ahead apart from a ring that is clearly visible on Lovato's left hand.

To further spark engagement speculation, the 'Heart Attack' singer posted a very affectionate tweet about the former 'That 70s Show' actor on his 34th birthday.

"To the funniest, most inspiring, incredible man I know. @WValderrama - thank you for helping me get through my darkest moments," she posted. "You truly are a light to this world and to my life. Happy Birthday!!!"

However, after rumors began to surface that Wilmer asked her hand in marriage, reps for the 'Heart Attack' singer have set the record straight.

According to Us Weekly, a rep for Lovato confirmed to them on Thursday (Jan 30th) that there is no truth to the engagement rumors, and the ring is just an accessory.

Wilmer responded to Lovato's twitter PDA by posting, "who needs presents when the gift of you is real to us all. Thank you for the blessing of knowing you."

The 'Skyscraper' singer and the television personality first began their on-and-off relationship in 2010, but now their status is unclear.

When Lovato turned 21 last August, Wilmer tweeted her, "I've been so proud of the strength & commitment you've gained 4 life, keep inspiring us all! Happy birthday my @ddlovato!" the actor wrote. "With & by u always."