Demi Lovato Received The "Best Birthday Gift Ever" After Her Pop Idol Kelly Clarkson Covered Her Latest Hit During A Concert On Wednesday (19aug15). 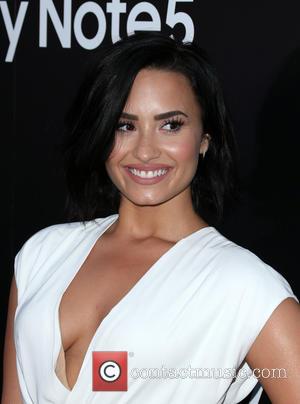 The former Disney star turned 23 on Thursday (20Aug15), and Clarkson started the celebrations early by covering Lovato's new single, Cool For The Summer, during her gig at Los Angeles' Staples Center.

The Since U Been Gone singer told the crowd, "It's one of my girls' birthday tomorrow... She's always been so supportive and so cool. To see a kid that used to go to my shows have this huge, lustrous career... she's just killin' it. I thought I would, for her birthday, sing Cool For The Summer."

Clarkson then launched into a slower, acoustic version of Lovato's track.

Lovato, who has always been a huge fan of Clarkson's ever since she won the first season of talent show American Idol, took to Twitter.com to thank her, writing, "WOW WOW WOW.. @kelly_clarkson thank you SO MUCH for covering #coolforthesummer at your show tonight!!! BEST BDAY GIFT EVER!! *literal tears*"

She also added on Instagram.com, "If someone would've told me when I when I was little that one day @kellyclarkson would one day cover one of MY songs at HER concert for MY BIRTHDAY, I would call you crazy and never believe you again.

"Well last night THE QUEEN DID and she has no idea what it means to me. Honestly the coolest Bday gift EVER!!!!!! Thank you Kelly!!!!! Love you tons and tons and congrats on baby #2!!!!!!! #sof**kingsurreal."

The night was also emotional for Clarkson, who surprised the crowd by revealing she is pregnant with her second child. The singer burst into tears in the middle of one of her songs, and revealed to the audience, "I'm totally pregnant... That was unplanned. I'm honestly so hormonal today... But I was crying and I didn't want you to think I was crazy."