Following The Death Of Her Father, Demi Lovato Thanked Fans For Their Support

The announcement was made over the weekend and Demi has since retreated from the media. 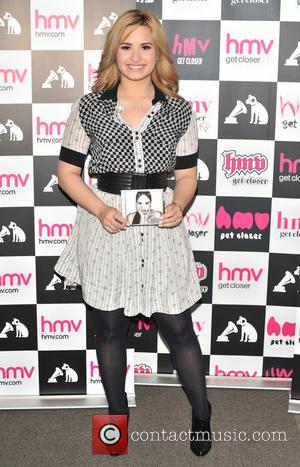 Demi Lovato has thanked her fans and followers for their support following the death of Lovato’s father last Sunday. The singer and X Factor judge is reportedly hoping to keep things quiet, while she takes the time to mourn, but she did take to twitter to express her gratitude for the kind messages. "I feel so humbled to have had so much support from my fans, friends, family and complete strangers," the former Disney star wrote to her 15 million-plus followers. "God bless you all, thank you so much love."

According to Us Magazine, the actress/singer and her father had been estranged for years. She addressed the troubled relationship in the song “For The Love Of A Daughter,” from her 2010 album, Unbroken. It is unknown whether father and daughter finally set their problems aside in the end, as Lovato has refrained from publicly discussing their relationship or Frank Lovato’s death. "The last time I talked to him was two years ago," Lovato said in 2009. "When somebody lets you down after you've been the only one there for them, and so many times, you don't know what else to do."

Her publicist made the announcement as Lovato, apparently taking the time away to grieve, missed X Factor auditions this week. Frank Lovato had reportedly been fighting cancer for many years and the disease ended up claiming his life. The singer is taking some time away to grieve. The singer had a difficult relationship with her father.