Demi Lovato says she is heartbroken over Cory Monteith's death and has called for more understanding about addiction, saying he ''didn't choose to die''. 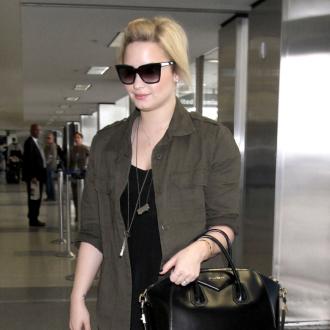 The 'X Factor' USA judge - who spent time in rehab for emotional and physical issues in January 2011 - was shocked by Cory's death from a toxic mix of heroin and alcohol last weekend and revealed she is praying for his girlfriend and 'Glee' co-star Lea Michele.

She told People: ''The main person in my thoughts is Lea. I am praying for her so hard and I love her so much. I'm wishing her a lot of strength right now.''

Demi also revealed her hope that Cory's death won't be in vain, as she believes it can help to make people aware of the dangers of addiction.

She said: ''All it takes is one moment of vulnerability to get slipped into your addiction. He didn't choose to die. It was the disease. It can creep up on you at any moment. It only takes one moment of relapse to potentially die. It's really scary, but I'm really hoping that from this, people are able to see this is a very, very, very dangerous disease.''

Speaking about her own struggles, Demi admitted she can't do the same things as her friends because she constantly has to be aware of her own issues.

She explained: ''They can turn 21 and have their turn-21st-birthday. I don't think that I - I just don't put myself in those situations where I'm going to be at those 21st birthdays. I don't go to clubs. I just know it's something I can't do without being triggered. And that's okay.''