The singer has opened up to Alan Carr about the meaning behind her summer hit.

Has Demi Lovato just become the latest female star to declare their bisexuality? Well it certainly seemed that way when she joined Alan Carr for the new series of ‘Chatty Man’ on Channel 4, Sunday night. On the show the 23 year old hinted that her latest single ‘Cool For The Summer’ was about a same-sex relationship and that she might even be singing from personal experience. 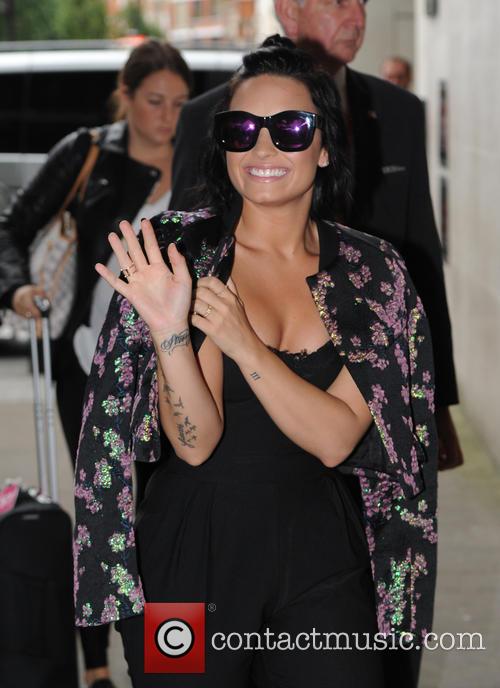 Demi Lovato has spoken about the meaning behind ‘Cool For The Summer’.

Carr asked the singer if her new single was "about lesbianism” and Demi responded coyly saying, "I'm not confirming and I'm definitely not denying.” The chat show host then pressed the singer further by asking: "Have you ever gone cool for the summer yourself?"

"All of my songs are based off of personal experiences,” Lovato answered. ”I don't think there is anything wrong with experimentation at all.” Carr then joked, "The trouble is I experimented once and it stuck.” But there was still another revelation to come from Demi as she responded, "Hey, I didn't say it didn't stick either.”

‘Cool For The Summer’, which appears on Lovato’s new album Confident contains lyrics such as, ‘Take me down into your paradise, Don’t be scared ’cause I’m your body type, Just something that we wanna try, ‘Cause you and I, We’re cool for the summer.’

The singer has also encouraged male artists to write more about sexual experimentation, "I don’t think there is anything wrong,” Lovato said. “Like if a very popular male artist came and one of his songs came out and said, 'I’m experimenting.’”

"If a guy sang this song who was straight it would be such an uproar. The thing is, I actually find it more, I don’t know, there is a confidence to a man that would say I've experimented with a man and not care. I actually find that more attractive than somebody saying, 'No no no, that's so wrong,'" the singer added.