Demi Lovato insists she is ''fine'' after being rushed to hospital yesterday (24.02.15) and says it is ''nothing a little chicken soup can't fix.'' 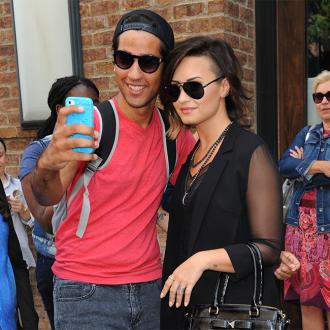 The 22-year-old singer, who was taken to the Providence Tarzana Medical Center in California after experiencing ''significant trouble'' breathing, has assured her fans she is on the mend.

A source previously revealed the 'Skyscraper' hitmaker was prescribed medication by a doctor after she was found to have a ''flu-related'' lung infection, and was also given an antibiotic known as Z-Pak.

News of her hospitalisation initially sparked concern among her fans, as the singer has often spoken out about the ''dark period'' in her life when she self-harmed, battled depression and eating disorders, and ended up in rehab.

She also admitted in December that she had almost suffered a partial relapse last summer and credited her long-term boyfriend, Wilmer Valderrama, for encouraging her to seek help again.

She said at the time: ''It's been difficult. I almost went back to rehab for my eating disorder last summer. I was obsessing over food and terrified of it at the same time. Wilmer noticed and called me out on it, which was a relief.''