Demi Lovato is working for Thanksgiving

Demi Lovato is disappointed she is working for Thanksgiving as she has to appear on 'The X Factor' USA live show's judging panel tonight (28.11.13). 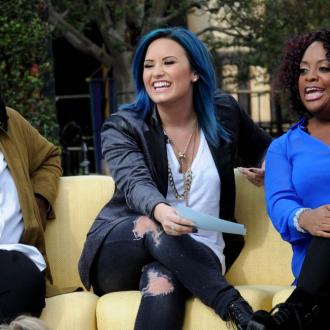 Demi Lovato is disappointed she is working for Thanksgiving.

The 'Heart Attack' hitmaker will have to cut short a celebration with her family in Los Angeles later today (28.11.13) to appear on 'The X Factor' USA live show's judging panel.

The 21-year-old star told On Air with Ryan Seacrest: ''My Thanksgiving plans are I'm going to work, work, work because just because it's Thanksgiving, doesn't mean I get a day off.''

But Demi is unlikely to be too upset about the schedule clash as she recently revealed her fellow judges Kelly Rowland and Paulina Rubio are like sisters to her, and she is also very close to Simon Cowell.

Meanwhile, Demi's colleague, Mario Lopez, who hosts the reality TV series, is also upset about working on the American holiday but is looking forward to relaxing Christmas with his family, including his two-month-old son, Dominic, next month.

The 'Extra' host, who also has a three-year-old daughter, Gia, with his wife Courtney Mazza, said: ''On Thanksgiving we're shooting an episode of 'The X Factor,' and then for Christmas we are actually all going south of the border in a big family trip to Mexico to get a little vacation [in] and then we're going to be in Vegas for New Year's.''