While speaking to the magazine about making the list, the 21 year-old singer said: "To me, sexiness stems from being confident and comfortable in your own skin." 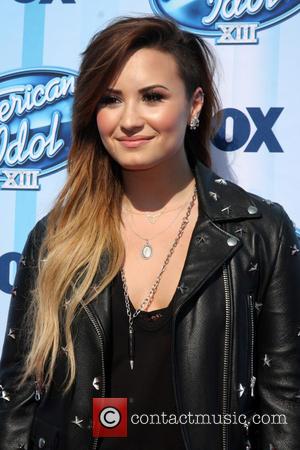 Demi Lovato is looking sexier than ever lately!

The 21 year-old star has already battled one eventful life, from drug abuse to alcoholism and even suffering from an eating disorder, but she is now clean and healthy.

And this obvious shows as she made it to No.40 on the Maxim Hot 100 issue, which will be out on June 3rd.

Lovato spoke with the magazine on what it takes to look sexy, and the former Disney star had some great advice.

"To me, sexiness stems from being confident and comfortable in your own skin," she told the mag.

Lovato was also asked what her favorite attribute was, to which she quickly replied, "my butt."

"The ability to work at bettering myself," she continued, when talking about her mentality. "I'm not perfect, no one is, but I'm working at becoming better every day. Every day I can look back and say I'm in a better place than I was yesterday."

The singer also revealed what she looks for in a man, stating: "To get my attention a guy must be genuine, supportive, real, and have the ability to make me laugh!"

Even though Lovato is looking very sexy, this does not mean she wants to talk about sex as her relatives will end up hearing about it.

"Sex is a part of life and it's a personal decision. Some people put it in their music, which is awesome and good for them," she explained. "But for me, there's still that weird feeling in the back of my head that's like, All right, I know that my mom and dad are going to hear it and my little sister, and that's really weird for me."

MORE: Demi Lovato Teams Up With The Vamps On Their New Single

The 'Heart Attack' hit maker has already had quite an impressive year, but her fans will be happy to hear things are set to get even better.

"2014 has already been an incredible year," Demi concluded. "I kicked off the North American leg of my 'Neon Lights' tour and my next stop is South America. 2014 is going to focus on touring while I continue to make new music along the way!"