Demi Lovato: Me and Miley have nothing in common

Demi Lovato insists she and Miley Cyrus are ''acquaintances'' rather than friends because they no longer have anything in common. 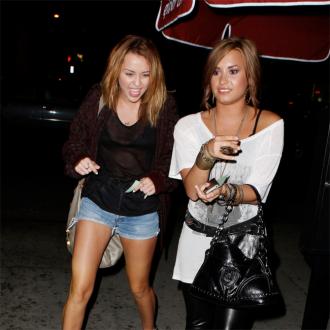 Demi Lovato insists she and Miley Cyrus won't be friends again because they have nothing in common.

The 22-year-old singers were good pals during their rise to fame but the 'Heart Attack' hitmaker admits that while she wishes Miley good luck in her life, she cannot see them hanging out together again because they have changed too much.

''It's life, and people change, and, you know, I don't have anything in common with her anymore, and I wish her all the best.''

Despite admitting the pair are not pals, Demi recently insisted she had a much easier transition from a Disney star to a mainstream pop artist compared to her former friend because she checked into rehab for addiction issues and an eating disorder in 2012, while the 'Hannah Montana' star made a name for herself thanks to her raunchy on-stage antics.

When asked why she didn't leave Disney and develop a raunchy image, she replied: ''I guess my transition was a little easier because I went straight to rehab. I didn't twerk - I just went to rehab!

''But you know what, I think the world needs to get over the fact that [Miley] was Hannah Montana when she was 16.

''Nobody knows her. Nobody really knows who I am, and the same with Selena [Gomez] and Jonas [Brothers] and everyone that has grown up in front of the public eye. We're adults now.''

Demi admitted in 2012 that the pair used to have ''brutal'' fights because of their fiery personalities even when they were good friends, and she insisted at the time that she would always be pals with Demi and Selena Gomez.

She said: ''Miley Cyrus and I are strong headed. When we fight it's brutal and we're like, 'We're never going to be friends again!' Then two days later, were like, 'I love you and I miss you!'

''Both [Miley and Selena] will never leave my life no matter what happens, because we've been through so much together.''