Demi Lovato not 'afraid' of speaking out

Demi Lovato believes she's one of the only women in music, alongside Rihanna and Nicki Minaj, not ''afraid'' of speaking out against her critics. 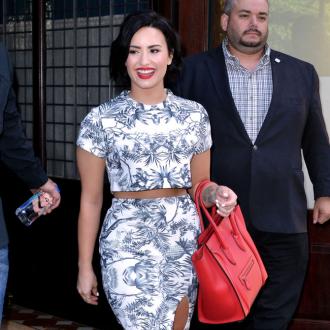 Demi Lovato is not ''afraid'' of speaking out against her critics.

The 22-year-old star claims she wouldn't think twice about blasting someone if they badmouthed her or did anything to sabotage her career, but believes most other singers would be too scared.

She explained: ''There are a lot of girls in pop.

''They have bada*s lyrics, but I feel like I'm the only person other than Rihanna and Nicki Minaj who isn't afraid to say, 'Try something on me and I'll f**king beat your a*s'.''

The 'Heart Attack' hitmaker - who recently released her new single 'Cool For the Summer' - continued to say she reckons some stars try to create a tough persona but their music doesn't match their attitude.

She told the September issue of Cosmopolitan magazine: ''There are people who can dress up and play the part, but their music doesn't say it.''

Although she has yet to release the follow-up to 2013's 'Demi', last year she teased people will hear the real her on her upcoming fifth LP as she has ''never been so sure'' of herself.

She explained: ''I've never been so sure of myself as an artist when it comes down to confidence, but not only personal things, but exactly what I want my sound to be and what I know I'm capable of and this album will give me the opportunity to show people what I can really do.''