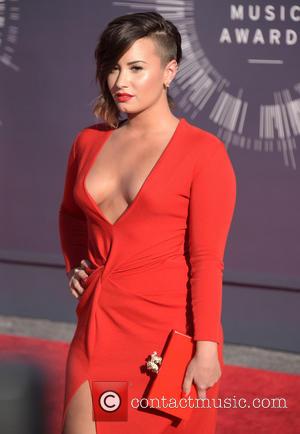 Singer Demi Lovato took to the U.S. Capitol on Thursday (04Sep14) in the hope of urging members of Congress to pass legislation on mental health reform.

The Skyscraper hitmaker, 22, visited Washington, D.C. to address an audience at the National Alliance on Mental Illness' convention.

Lovato, who has been open about her own struggle with bipolar disease, teamed up with former U.S. Representative Patrick Kennedy to urge members of Congress to pass a comprehensive mental health bill.

During her speech, she said, "Those of us here today know that mental illness has no prejudice. It affects people of every race, age, gender, religion and economic status. It doesn’t discriminate between Republicans or Democrats, either.

"We've seen increased attention to our country's broken mental health system over the past few years, but we've seen very little action. Today our message is very clear: it's time for Congress to act for mental health by supporting the passage of a comprehensive mental health bill this year."

Lovato also took to Instagram.com to share photos of herself at the Capitol building, including a selfie with a bust of former British Prime Minister Winston Churchill.

She added the caption, "Mean muggin (sic) with Winston Churchill... he agrees with me.. A Message To Congress: Pass Comprehensive Mental Health Reform Legislation This Year!!!!"