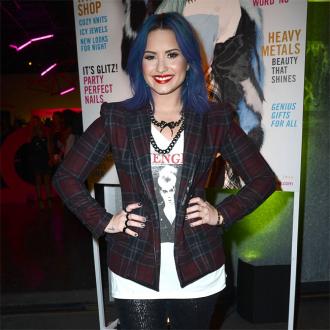 The 21-year-old star has been part of the judging panel on the singing contest for the past two series, but is planning to focus on her music in 2014 and has dates lined up for her 'Neon Lights' tour, which kicks off in February.

She told The Hollywood Reporter: ''I started the show being a singer and a musician, and so I'm going to go back to that.

''It's been really great but I'm so excited for 2014. I'm going to dedicate it completely and entirely to music, touring and making a new album.''

Demi - who mentored the Young Adults category in 2012 and Girls category in 2013 - will miss seeing her fellow judges Kelly Rowland and Paulina Rubio and working with contestants.

She explained: ''Being able to sit next to Kelly and Paulina and see them twice a week, and also helping mentor the contestants.''

The 'X Factor' boss and judge Simon Cowell admits he always knew Demi wasn't going to continue her work on the show since she had a tour lined up in support of her fourth album 'Demi'.

He added: ''I always knew she wasn't coming back because she's touring, so I knew that''.

The winner of this year's competition will be announced on December 19 and will be awarded a recording contract with Simon's record label Syco Music.

Although the show's ratings have dropped this year since US 'X Factor' 2012 when 9.65 million viewers tuned in for the final, Simon has plans for another series.