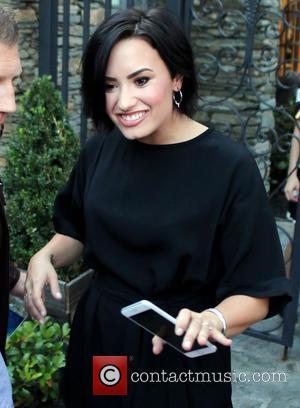 The Skyscraper hitmaker took to Instagram.com to post a humorous photograph of herself and Miley Cyrus, who is an open cannabis user, in their Disney heyday with a red-eyed Jonas superimposed onto the picture with a cartoon hand-rolled joint and cannabis leaves.

She added in the caption, "In honour of our former escapades, I thought you'd like this to remember your first blaze.. Happy #420 @joejonas. #disneyhighclassof09."

Jonas previously revealed that he first smoked marijuana with the famous duo, explaining, "The first time I smoked weed was with Demi and Miley. I must have been 17 or 18. They kept saying, 'Try it! Try it!' so I gave it a shot, and it was all right. I don't even smoke weed that often anymore."