Demi Lovato and Wilmer Valderama's pet dog Buddy was killed in an attack by a coyote at their Los Angeles home. 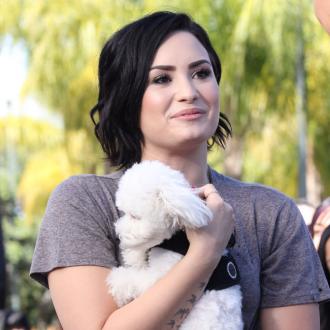 Demi Lovato's dog was killed by a coyote.

The 'Neon Lights' singer has been left heartbroken by the death of her and her boyfriend Wilmer Valderama's beloved Buddy last Sunday (26.07.15) and it can now been revealed the cute canine lost his life after the vicious wild animal got into the backyard of their Los Angeles home.

According to TMZ.com, the animal - a close relative of the grey wolf - sneaked in and attacked the defenceless pooch leaving him dead and it was Demi who discovered his body.

The 22-year-old pop star has been left so upset by the loss of her pet she cancelled her scheduled appearance on 'Good Morning America' today (30.07.15).

In the wake of Buddy's passing, Demi took to her Twitter account to pay tribute to her canine pal, writing: ''We are absolutely heartbroken to be writing this but Wilmer and I are devastated to inform you that we lost our little angel Buddy last Sunday ... He was taken from us way too soon in a tragic accident and though I will never know why this had to happen, I do know that God only puts us through situations that we can handle so with that, together we our staying strong ... We will never forget our baby boy Buddy and his gentle loving spirit will live on in our hearts forever. RIP my tiniest little nightingale, Buddy ... I'll love you forever, I'll like you for always, as long as I'm living my baby you'll be... (sic)''

Demi is not the only Los Angeles-based celebrity to lose a pet to a coyote.

In September 2012, Jessica Simpson's dog Daisy was snatched by a coyote and Ozzy Osbourne and Halle Berry both had pooches killed by the predator.