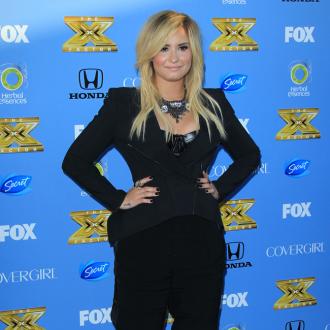 Demi Lovato feels ''honoured'' to play a lesbian in 'Glee'.

The 21-year-old singer-and-actress has a six-episode guest role in the musical drama as a love interest for Naya Rivera's alter ego Santana, and was delighted to be offered a part that reflects modern society.

She said: ''I'm honoured to portray a character that's representing this chapter in our society. Being true to your sexuality and yourself is becoming the norm.''

And the 'Heart Attack' singer also admitted she is comfortable with the same-sex kissing scenes.

Asked about locking lips with Naya, she said: ''Um, I mean, I guess it's good?''

As well as appearing on 'Glee', Demi can be seen on TV screens on the US 'X Factor' and is thrilled her new co-judges Kelly Rowland and Paulina Rubio have made the show ''more sassy'' - though she isn't sure head judge Simon Cowell agrees.

She added to Teen Vogue magazine: ''Simon doesn't know what to do. It's hilarious.''