Demi Lovato has revealed that her Latina culture has made her love her figure and has taught her to accept and understand that she is beautiful. 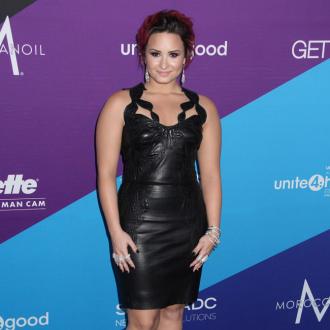 Demi Lovato's Latina culture taught her to love her body.

The 'Neon Lights' hitmaker - who openly admits that she previously struggled to accept her own body shape - credits her heritage for making her ''understand'' that she is beautiful.

She said: ''I tried to conform to what everyone thinks is beautiful. But my genetics gave me a curvy figure, and I've come to understand that in the Latina culture, that is beautiful.

''I no longer look at my body and think, Oh my gosh, I have such a fat butt. Or, I hate my thighs. On some days I don't love them. But, you know, that's one of the things that makes me me.''

Demi also admitted that she didn't ''appreciate'' her Mexican roots whilst growing up.

She explained to Glam Belleza Latina magazine: ''Growing up in America, I never really appreciated my culture.

''I knew what being Hispanic was, but I thought that since I didn't look Hispanic, I was white.''

Meanwhile, Demi - who, herself, has struggled with eating disorders in the past - recently slammed 'All About That Bass' singer Megan Trainor after she said that she wasn't ''strong enough'' to have an eating disorder.

In response to the comments, Demi tweeted: ''Having an eating disorder doesn't show ''strength.'' Strength is when are able to overcome your demons after being sick and tired for so long.

''There's a wide misconception that anorexia and/or bulimia is a choice and you often hear people say things like 'why doesn't she just start eating?' Or even 'just stop throwing up.'

''It's the ignorance and lack of education on mental illnesses that continues to put mental health care on the back burner to congress even though this is an epidemic that is sweeping our nation, and causing more and more tragedy every day. [sic]''