Demi Lovato says her latest album will be sexier than her last musical release. 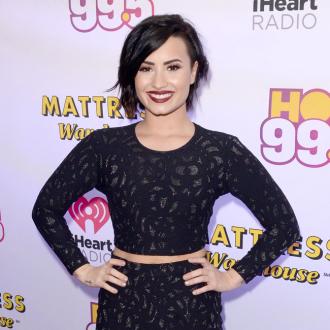 Demi Lovato's new album is ''edgier and sexier'' than her last.

The 23-year-old singer recently released the single 'Cool For The Summer' with an album to follow later this year and she can't wait for fans to hear it.

She told Yahoo Beauty: ''I feel a lot more grown-up now than I ever have when it comes to my music. The last time I released an album I was 20.

''I'm feeling more mature and more confident. It's an edgier, sexier album, so I'm excited for people to hear it.''

The former Disney starlet, who has been open about her bulimia and self-harming in the past along with a trip to rehab, praised her fans for helping her through.

Demi - currently dating Wilmer Valderrama - said: ''My fans have inspired me a lot, and they've gotten me through some rough times. I'm very grateful for them, so any time I'm going through something, I always turn to them for support. And their support online just makes me feel so much better.''