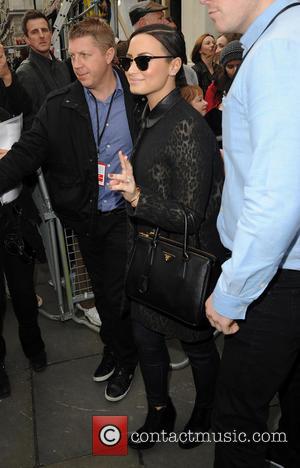 Demi Lovato appears to have confirmed she is dating actor Wilmer Valderrama by posting a sweet photo of the two stars sharing an intimate moment on Twitter.com.

The singer took to social media on Monday (17Nov14) during her ongoing tour of Europe and got a little sentimental as she thought about her boyfriend back in America.

She shared a photo of the actor kissing her on the cheek and wrote, "I never post personal pictures like this but f**k... He is perfect. I miss my @WValderrama."

The couple has been more than just friends for months, according to reports, but neither Lovato nor Valderrama have confirmed they are dating.