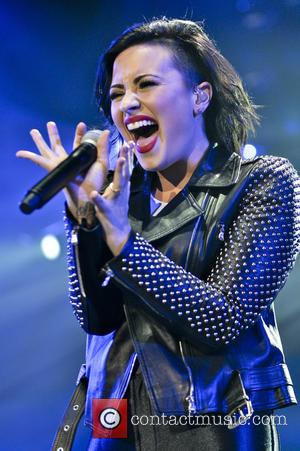 Picture: Demi Lovato - Shots of a variety of pop stars as they performed live at 103.5 KISS FM's Jingle Ball 2014 which was held at...

Pop star Demi Lovato has thanked fans for their support following her hospitalisation this week (beg23Feb15).

The Heart Attack singer was admitted to the Providence Tarzana Medical Center in California on Tuesday (24Feb15) after suffering breathing problems, and she was reportedly diagnosed with a lung infection linked to a bout of flu.

She was subsequently discharged and allow to continue her recovery at home, and Lovato has now thanked her devotees for reaching out to her during the health crisis.

The singer writes in a post on Twitter.com, "Thanks for the get well messages... (It was blown) out of proportion... I'm fine!! Nothing a little chicken soup can't fix!"