Demi Lovato was 'very conflicted' when her father died

Demi Lovato felt ''very conflicted'' when her father, Patrick Lovato, died in June 2013 because he ''was abusive.'' 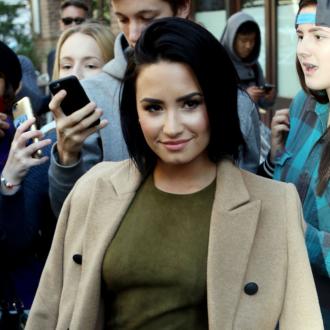 The 23-year-old singer, who was estranged from her Patrick until shortly before his death in June 2013, believes he ''wasn't capable'' of being a good parent because he was mentally ill.

Discussing her very personal track 'Father,' which appears on her new album, 'Confident,' the brunette beauty said: ''I was very conflicted when he passed because he was abusive. He was mean, but he wanted to be a good person, and he wanted to have his family. When my mom married my stepdad, he still had this huge heart where he would say, 'I'm so glad Eddie's taking care of you and doing the job that I wish I could do.' ''

But Demi, who is bi-polar, slowly learned to forgive Patrick and wanted to share her feelings with her fans.

In a new video series about the making of her new record, the 'Cool for the Summer' hitmaker added: ''He knew he wasn't capable of raising a family, and it was because of his mental illness. To know that it wasn't fully his fault really was saddening to me. I wanted to write about it. I wanted to process it.''

Patrick and Demi's mother Dianna De La Garza divorced in 1994, and the singer previously penned the track 'For the Love of a Daughter' about their strained relationship for her 2011 album 'Unbroken'.