Demi Lovato: Wilmer Valderram taught me to love my curves

Demi Lovato - who has struggled with an eating disorder in the past - has revealed her boyfriend Wilmer Valderram taught her to love her curves. 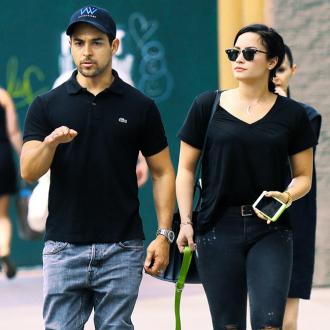 The 22-year-old singer - who has struggled with an eating disorder in the past - took to Instagram to reveal that she used to ''hate'' her curves, but hinted it was the 35-year-old actor - who she's been dating for four and a half years - that changed all that for her.

Along with a picture of her lying down with her thighs on show, Demi shared: ''Learn to lurrrrrvveee yerrrrr currrrrvveees. I actually used to hate them... But then a special someone helped me learn how to love them... And he sure loves them....#squats #COOLFORTHESUMMER (sic)''.

The 'Skyscraper' hitmaker has previously said the 'That '70s Show' star makes her feel ''so much better'' when she has an anxiety attack.

Demi - who has previously sought treatment for self-harm, an eating disorder and alcohol and drug addiction - admitted she is often left feeling like she can't catch her breath and gets ''very shaky'' when she feels anxious but Wilmer is always able to help her overcome the attacks.

She said: ''The first call I make is my boyfriend. He calms me down and makes me feel so much better.''