Demi Lovato is willing to stand up for herself if she thinks she has been disrespected in any way. 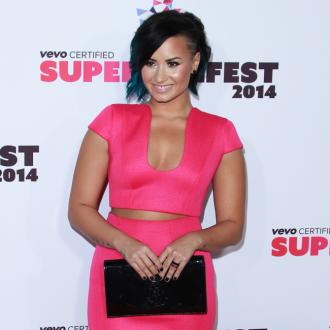 Demi Lovato isn't afraid to stand up for herself physically if she is disrespected.

The 'Cool for the Summer' hitmaker, who sought treatment in rehab for an eating disorder, self-harming, alcohol and drug abuse in 2010 after she hit a back-up dancer while on a flight to South America, insists she would never attack anyone now, but would defend herself if she felt disrespected.

Speaking to the new issue of Cosmopolitan magazine, she said: ''I'm not proud of the mistakes that I've made. At the same time, my past shows what I'm capable of. I'm a wiser person today. On a plane in Colombia, I probably won't hit you. But if you disrespect me, I can't say that I won't come at you. I'll just never throw the first punch any more.''

The 22-year-old beauty is also critical of her own gender and believes girls can be very ''catty'' which is not a good thing.

She said: ''I wish I could word this in a way that doesn't sound bitchy, but I don't f**k around. Girls can be catty with one another. Nobody really tries to pill s**t on me because they know I physically don't put up with it.''

The brunette beauty admits she thought she was better than a lot of people after first getting sober, but has recently reconnected with a lot of her old friends.

She said: ''I used to be judgemental and stuck up when I had a year-and-a-half sober. I recently rekindled friendships with people, because I thought that if you weren't sober then you didn't have your shit together. I thought I was better than you. I'm not longer that judgemental person.''