Singer Demi Lovato has been forced to skip X Factor USA auditions after the passing of her father, Patrick Lovato, on 23rd June. 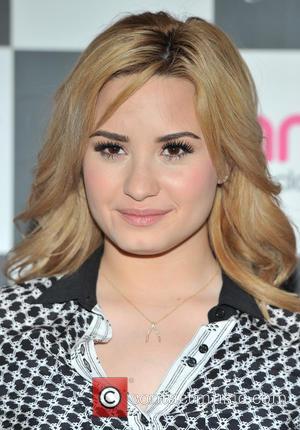 Hit by the news of her father's death, Demi decision to skip X Factor auditions this weekend was met by words of support from her co-judge Simon Cowell, who tweeted "My thoughts are with you Demi.X"

Demi took to Twitter to thank fans for their support in the wake of her father's passing: "I feel so humbled to have had so much support from my fans, friends, family and complete strangers. God bless you all, thank you so much love."

Although the 20 year-old star is taking some time out to mourn and be with her family, she was estranged from her late father, having not spoken to him for five years due to a difficult relationship. In 2009, she revealed that they hadn't been speaking for two years due to him letting her down. She told Hollywood Life: "You try to have faith in somebody, even when you're the last person that believes in him. But when somebody lets you down after you've been the only one there for them, and so many times, you don't know what else to do."

Patrick Lovato, who was battling with cancer, begged her in 2009 to get in contact as he hadn't been able to reach her: "My health isn't what it used to be and I know my daughter loves her daddy, so please call me Demi. It is not like I want anything from her, all I want is her love. I'm so proud that she's doing what she did, I knew the day she was born that she was special to me, but I didn't know she would be so special to so many people."

Now a singer, Demi made her name alongside Selena Gomez on the Disney Channel with a lead role in Camp Rock in 2008. She released her certified gold album Don't Forget in the same year and her following album, 2009's Here We Go Again, topped the Billboard 200 chart. Albuquerque-born Lovato referenced her relationship with her father in her song, 'For The Love Of A Daughter', with lyrics: "How could you push me out of your world, lie to your flesh and your blood." After Losing Her Father, Demi Lovato Has Cancelled Her X Factor Appearance.