Demi Moore May Take Ashton Kutcher Divorce to Court, He Has Been "Very Difficult" and "Even Hostile"

The divorce between Ashton Kutcher and Demi Moore is still not finalised despite splitting up way back in 2011. 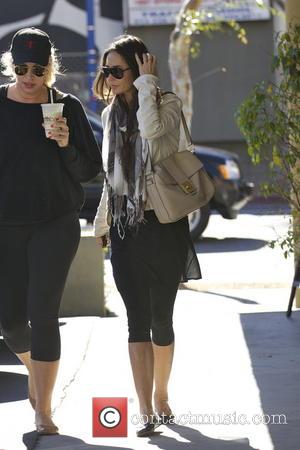 When a very wealthy couple divorces, both of whom have buckets of money, one might wonder why on earth it's so difficult to come to a financial settlement. Unlike the divorces of your average Joe both parties will certainly be financially comfortable, so what's the big deal? According to a source at the New York Post Ashton Kutcher has been making the divorce between him and his ex Demi Moore "very difficult".

"Ashton made a lot of money after marrying Demi - a lot more than she made - but despite him becoming just as famous through her, he believes he doesn't owe her that much," the source said, adding that now Demi "has had enough." They have been trying to come to a settlement out of court but given that Ashton "has been very difficult during the talks...You could even say he has been hostile," that is no longer an option and apparently Moore will be taking the whole divorce to court.

Hopefully now that the case has escalated this far there will at least be an end in sight. "It's hoped lawyers for both sides can reach a settlement this spring, otherwise the divorce will go into litigation and trial."

TMZ tell a different story however, saying that Moore has been asking for 'spousal support' despite having a greater fortune than the young actor, plus she wants Ashton to pay for her legal fees.

While Moore seemed to find the break up difficult, Ashton is already in a pretty serious relationship with Mila Kunis, voted the world's hottest woman.