Demi Moore reportedly annoyed Stacy Keibler by bringing a stray kitten off the street to her dinner party. 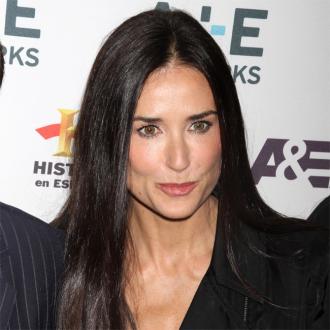 George Clooney's girlfriend threw a dinner party for friends during a recent trip to Miami but was left annoyed when Demi, 50, crashed it and brought a cat she found on the street.

A source said: ''Stacy was so annoyed. She couldn't believe that Demi invited herself to the table, especially with some dirty stray kitten she found!''

Lenny Kravitz was also unhappy with Demi's embarrassing behaviour at a Chanel party later that night (05.12.12).

The insider added to America's Star magazine: ''She was completely manic. One minute she was dancing, the next she was sitting looking depressed.''

After Demi cuddled the cute cat all evening and fed it expensive food, it was left behind at Soho Beach House, where guests Paris and Nicky Hilton took a shining to the kitten and decided to formally adopt it.

Paris has since brought it back to LA with her to join her home menagerie, which at last count reportedly included 20 rescued rabbits, 17 dogs, two cats, three ferrets, two monkeys, a baby possum, a goat and a micro pig.