Demi Moore is said to be in ''total acceptance'' about her ex-husband Ashton Kutcher's relationship with Mila Kunis and has ''offered to help in any way'' with their impending first child. 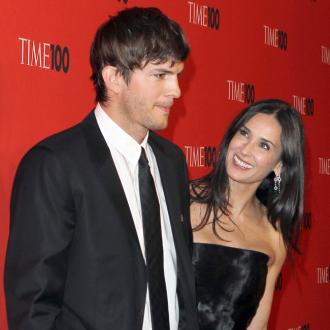 Demi Moore has offered to help ''in any way'' with her ex-husband Ashton Kutcher and Mila Kunis' baby.

The 51-year-old star was previously married to the 'Two and a Half Men' star for eight years until she announced her decision to end their relationship in November 2011, but she is now said to be keen to support them when pregnant fiancée Mila gives birth to their first child together.

An insider told RadarOnline that Demi ''has offered to help in any way that she can with the baby and with Mila.''

The source added: ''Things have settled down a lot, and she wants to be there for Ashton's family.''

Demi - who has three children, Rumer, 26, Scout, 23, and 20-year-old Tallulah Willis from her previous marriage to Bruce Willis - is said to be in ''total acceptance'' about Ashton's new romance with his former 'That 70s Show' co-star Mila, who he got engaged to in February.

A source close to the raven-haired beauty said: ''Demi is putting the past behind her now. She is in total acceptance now.

''She ultimately has great love for Ashton and has accepted the fact that he is in love Mila and that they are starting a family.''

Ashton began dating brunette beauty Mila in 2012 following his split from his first wife Demi in 2011.

The former couple's divorce was finalised last November and Ashton popped the question to Mila, whom he met on the set of 'That '70s Show' in 1998, a few months later.