Demi Moore Reunited With Daughter Rumer, For One Yoga Class At Least

Despite their rocky past, Demi and Rumer seem to be working it out. 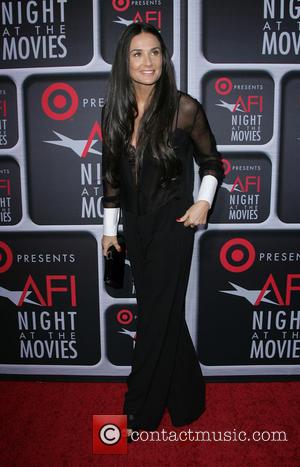 This past week photos were snapped of Demi Moore reunited with her estranged daughter Rumer. The pair were reportedly shot leaving a yoga studio in West Hollywood together, prompting speculation that the mother-daughter relationship is finally on the mend.

"They all did the class together, and after 90 minutes they walked out as a group," a source told Us Weekly. "Demi and Rumer seemed very close, like they had been in the past. There didn't seem to be any tension or hard feelings between them."

The mother-daughter relationship reportedly suffered last year when Demi split from Ashton Kutcher and checked herself into rehab. The actress’s troubles apparently distanced her from her three children Rumer (24), Scout (21) and Tallulah (19). Obviously not all hope is lost though and, according to sources close to the family, Rumer is almost ready to bond with her mother again: "It's true they're not all hunky dory, getting along like they used to, but they're not about to go to those extremes. They love their mom at the end of the day, and they're never going to completely abandon her."

A cautious statement, if ever there was one, but the relationship really seems to be on the mend. A yoga trip seems like the perfect opportunity to rekindle the mother/daughter bond. Who was it that said, the family that plays together, stays together? The actress finally seems to be coming out of that rough patch.