Demi Moore's daughter set her up

Demi Moore's daughter, Rumer Willis, set her up with her new boyfriend Sean Friday at a gig in Los Angeles last May because she thought they would hit it off. 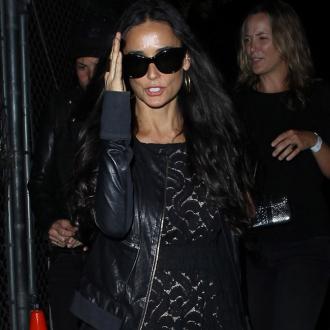 Demi Moore's daughter set her up with her new boyfriend.

The 'LOL' actress, 51, was recently spotted frolicking on the beach in Tulum, Mexico with her new 27-year-old rocker beau, Sean Friday, whom she began dating in July after her eldest child, Rumer Willis, introduced them.

A source told UsMagazine.com that the couple first met in May when Rumer brought Demi to see Sean's band, Dead Sara, perform in Los Angeles because she thought they would hit it off.

The insider said: ''Rumer brought [Demi] to a show in Los Angeles. She thought he was a fun guy her mom would like.''

The friend said the couple are enjoying each other's company but ''it's not serious yet.''

Demi's inner circle has high hopes for her and Sean, according to another source, who added: ''It's a good match. Sean is a stable, easy-going guy.''

An eyewitness said the couple were all over each other as they enjoyed a New Year's holiday with family and friends, including Rumer, 25, and her on/off boyfriend Jayson Blair, 30 last week.

The source said they ''were flirting'' openly on the beach and ''kissed a lot,'' adding: ''Sean held her really close.''

Demi's divorce from her third ex-husband Ashton Kutcher was finalised in November, following their split in 2011.