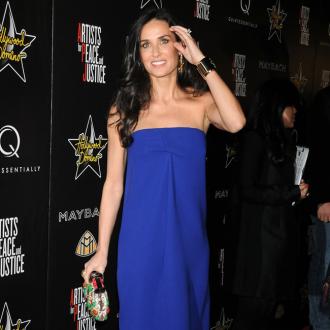 The 'Striptease' actress recently holidayed with the Dead Sara drummer in Mexico and his brother Jason Friday says their budding romance is getting serious.

Jason told the latest issue of America's Star magazine: ''It's going well. They are great and he seems really happy, so it's all good.''

Demi, 51, and Sean, 27, were seen playing in the sea and holding each other while on their Christmas holiday, as she seemed to have finally put her divorce from Ashton Kutcher behind her.

A source said: ''At one point, Demi was alone at the bar area on the beach and he came up and kissed her on the mouth. Her whole demeanour changed, she was glowing.''

The new couple's public displays of romance continued on into New Year, when the Riviera Maya resort they were staying in threw a Moroccan-themed party.

The source added: ''Sean and Demi couldn't keep their hands off each other. They were dancing to Miami Sound Machine's 'Conga' and then she sat in his lap, and they were kissing and hugging constantly.''