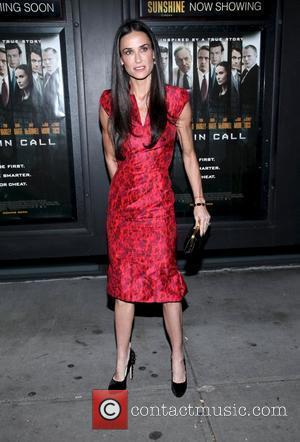 Director Rob Epstein has confirmed reports that Demi Moore will be playing feminist Gloria Steinem in his new Linda Lovelace biopic, revealing he wanted "an icon to play an icon".
The moviemaker insists Moore was his first choice to play Steinem in the controversial film about the porn star who became an anti-porn activist.
He tells Usa Today, "We wanted an icon to play an icon. So that led us to think of Demi and we got lucky. She agreed... (She was) very familiar with the story and we went from there."
And Epstein insists Moore bears a striking resemblance to Steinem: "It's a good hair match-up... Demi has the intelligence and the grace and warmth Gloria has. She'll bring that to the part."
He reveals Moore's role will be "small but pivotal" in the film, which will star Amanda Seyfried as Lovelace.
Steinem's representative has confirmed her client and Moore have "been in touch about the role".