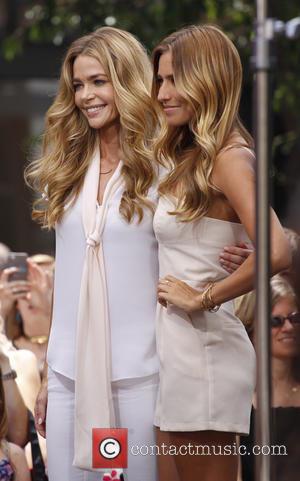 Actress Denise Richards is set to welcome a new stepmother into her life - her father is engaged.

The former Bond girl, 42, reveals her dad, Irv, found love online earlier this year (13) and he has already proposed.

She tells U.S. talk show host Chelsea Handler, "He did one of those dating sites. He's getting married. I think he could have maybe waited a little longer, but whatever."

However, Richards knows few other details about the planned ceremony and she isn't even sure if she'll be invited: "I don't even know when it is! They're probably going to Vegas or something."

Irv Richards lost his wife, the actress' mum, Joni, to kidney cancer in 2007 and, in early 2013, the widower appeared on U.S. dating show Millionaire Matchmaker in the hopes of finding a new partner.

He told matchmaker Patti Stanger he wanted a woman older than his daughter, who he lives with, and added, "I'm not looking for eye candy. I'm looking for real relationship."