Denise Richards says her daughters Sam and Lola are interested in adoption when they're older after seeing the actress adopt baby Eloise in 2011. 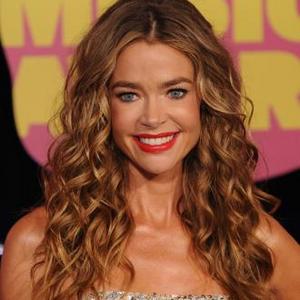 Denise Richards' daughters want to adopt when they are older.

The 41-year-old actress adopted a baby named Eloise in June 2011 and she is ''very proud'' of how her elder children, eight-year-old Sam and seven-year-old Lola - whose father is Charlie Sheen - have adapted to having another sister and says welcoming the little girl into the family has inspired the pair.

Denise told People magazine: ''They want to adopt when they get older and become moms. I'm so very proud of them that they've really embraced Eloise.

''They're so protective of her, they play with her, they love watching her grow and change, and so far I haven't seen any jealousy.''

Although Eloise couldn't ask for better sisters, Denise joked that her daughters have a long way to go before they're ready for adoption themselves.

She laughed: ''They're the best big sisters, but they still haven't changed any diapers.''

The 'World is Not Enough' star split from Charlie in 2006 and has been largely single since, though she admits she always expected to remarry and have more children.

When that didn't happen, Denise made the decision to adopt as a single parent instead.

She explained: ''After my divorce I felt like, 'Oh well, I'm sure I'll soon enough get remarried and have my family [grow]', and that wasn't in the cards at the time, so I decided to expand my family on my own.''