Dennis Quaid Reveals Extent Of Cocaine Use In Hollywood 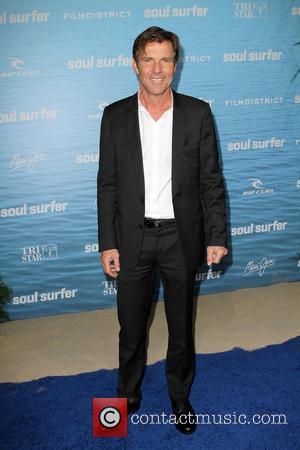 Movie star Dennis Quaid struggled to control his cocaine addiction when he first found fame - he alleges the drug was so accessible, it was even accommodated for in movie budgets.
The Day After Tomorrow actor has been open about his previous battle with drug abuse, and he's revealed all about cocaine in Hollywood in a candid account for the latest edition of Newsweek magazine.
In the article, Quaid admits it was no surprise he became hooked on the illegal substance in the 1970s and '80s because he claims it was used as "petty cash" throughout the industry and was "even in the budgets of movies, thinly disguised".
He adds, "My greatest mistake was being addicted to cocaine. Doing blow just contributed to me not being able to handle all that fame, which, at the time, I guess I felt I didn't deserve."
Quaid earned himself a reputation as a Hollywood bad boy as a result of his addiction - but it was just a big cover up for the mess that his private life had become.
He writes, "I'd wake up, snort a line, and swear I wasn't going to do it again that day... Meanwhile, my life was falling apart."
The actor managed to beat his drug demons and went on to rebuild his career in the 1990s.